My imagination is vivid enough to see all of us happening. Not unlike breaking reality in a song as a sign of overwhelming love and depth of emotion so, to me, is general availability of advanced technology for the common good of all inhabitants on our planet. The first might be enjoyable still the latter is a vision of unity where all of us can rejoice. Since inventing an antigravity interstellar spaceship or a zeppelin capable of circumnavigating our globe carrying enormous tonnage is out of my reach I’m going for something a bit more down to earth and usable. And I have a new found hobby in growing mosses with the intention of dieting but dieting plants is a whole different blog! 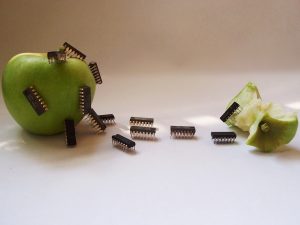 The goals is to automate and maintain a closed environment to obtain total control of all dependent factors related to growing specific plants including mosses but also greens in general. Just like it takes a certain environment to keep an orchid happy, the same apply to any other plant. Some plants require seasonal climates, others grow better in a more stable environment. The trick is to know what is desirable for the specific plant you are interested in growing and then configure the enclosed environment accordingly.

As example a tropical plant love warmth and humidity, so unless you have a safe space in your home for the colder months you’ll need to take certain steps to keep your plants happy and healthy. There a various ways of ensuring a window sill is healthy for a tropical plant during winter like bubble wrap the window to serve as multiple air insulating pockets or by placing your plants in a fitting sized plastic tupperware. Take note that if you have a radiator for heating your house below your window sill this will dry out the plant and quite possible be the cause of impossible harsh living conditions. A preferred method would be to have a greenhouse inside a greenhouse or similar in a winter garden to do the awesome magic of stabilizing your plant environment protecting it from the harshness of unfamiliar conditions. 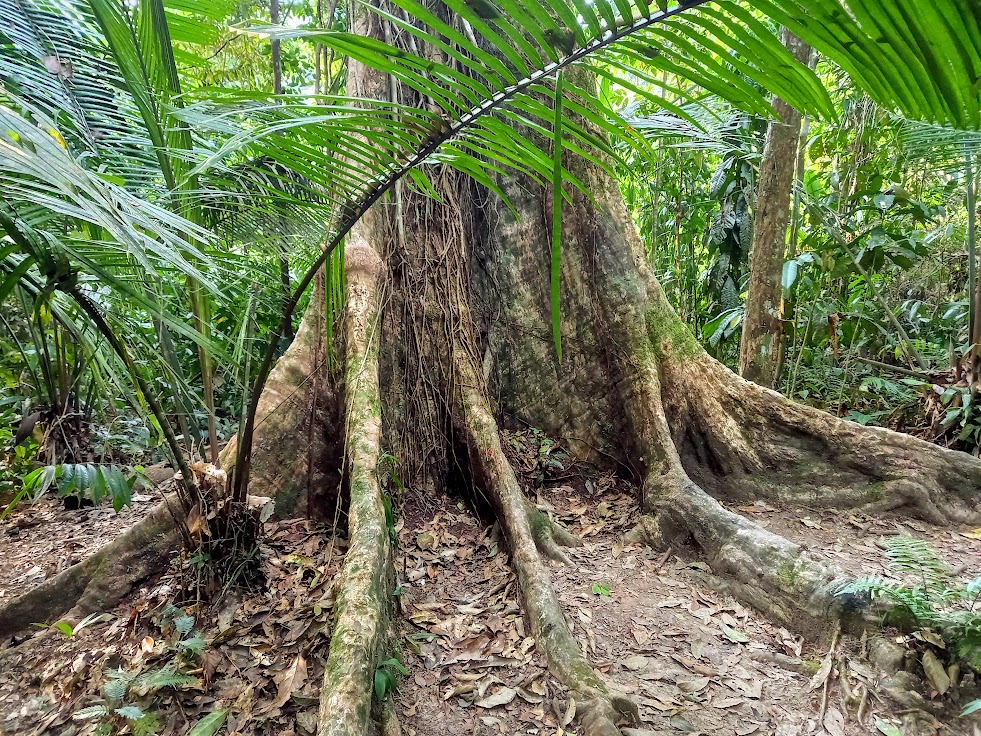 More robust plants like orchids have an ideal temperature range 10-27 °C but in a window, where plants often sit for the light, it can get too cold especially in the northern hemisphere, at night and during winter. If your plant thrive in bright, direct light put them in the sunniest room in the house with the most windows preferably with windows facing east. Be aware plants in general requires less moist during winter in contrast to water requirements during summer.

Moss and orchids both prefer soil with a slightly higher acidity where as geraniums and lavender thrive best an alkaline soil. There are different ways to go about ensuring plants have favorable growth conditions. Either utilize soil with the correct pH value, adjust the water to have a fitting pH or optimally both to bring about the healthiest and happiest plants. Plants are hard like that. In contrast I make my own pancakes to raise my mood. 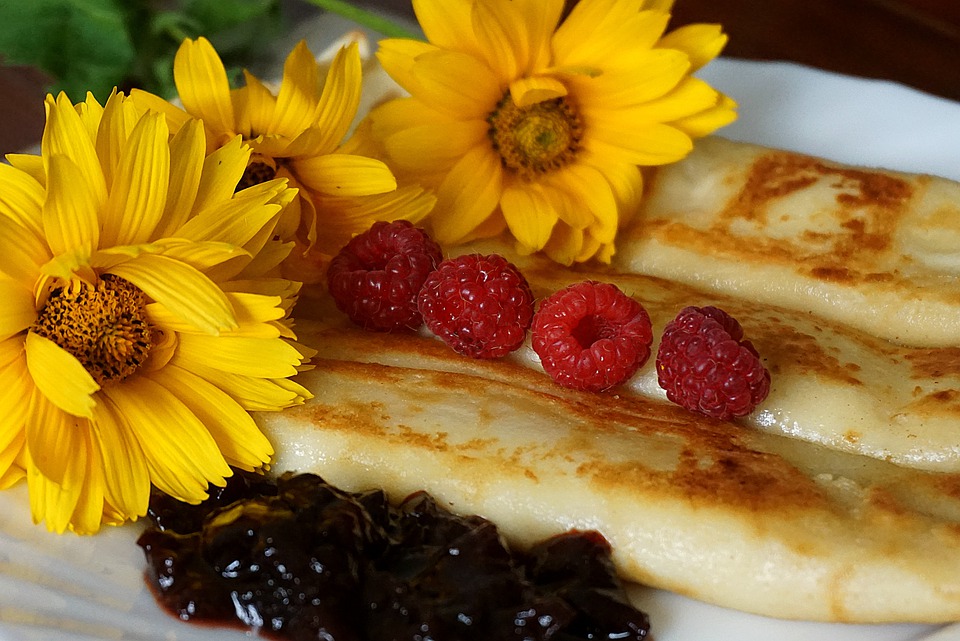 Oh growth hacking… Yes… Okay, that phrase triggered me and I ended up deleted a full days work of text as what was I really saying! Philanthrocapitalists only objective is to horde money and centralize power while creating the dystopia of our tomorrow. But let’s get back on point. Since we are working to control the environment in a closed system and not in a open air garden there are issues to be addressed and advantages to be harvested. Climate-friendly diet is eating locale produce, it’s healthy and we need to turn up our consumption of vegetables and down on meat. Your body doesn’t really benefit from meat nor from processed meat. Meat is almost like Coca-Cola. There are no sound arguments to why we eat meat in the amounts we consume today. By using decentralized renewable sources of energy to produce edibles instead of buying greens produced and delivered dependent on fossil fuels or biomass, we also reduce greenhouse gas emissions. Locale produce also reduces the overall pollution so we inhale fewer dangerous particles. Climate change is making the weather more extreme and we experience there are more frequent natural disasters such as floods or forest fires due to drought. Periods with the same weather last longer. It can cause icy winters, while the summer gets warmer and longer. This year was the warmest July in Europe ever measured. Considering the elements listed above and qualities of a health growth environment, controlling a growth environment in a stabilized biosphere makes more and more sense. Maybe even a necessity to ensure crops in the future.

Changes in the weather will play a big role when it comes to saturating the hungry of our world. Too much or too little heat or rainfall can ruin our crops and global food production will be severely affected if the average temperature continues to rise. Climate change will not affect the harvest in the northern hemisphere as much as in other parts of the world, where people may go really hungry. Of course, it also affects everyone if there is not enough food available to go around. When one is malnourished, growth stops, we get sick more easily, we are not as strong as we need to be and our brain has a harder time solving problems and children’s brain development is halted. In the worst case, we die due to malnutrition. If things doesn’t turn out as bad as I imagine, malnutrition is still a big problem – even if you later in life get better access to food. Opportunities in life, on average, are deteriorating and malnourished fetuses or babies, even have greater risk of becoming overweight and getting type-2 diabetes and cardiovascular disease as an adult, when you later have better access to food. As example, a lot of people in India get type-2 diabetes even without being overweight because they have been malnourished as children and without treatment, type-2 diabetes can lead to diseases such as neuritis, damage to the kidneys, cardiovascular disease or, in the worst case, death. On the note of rising temperatures, numbers from the UN Climate Panel, or Intergovernmental Panel on Climate Change (IPCC) states that in the last 20 years alone, there has been a 50 percent increase in deaths related to heat for people over the age of 65. That should be a sufficient warning to leaders and the super rich of our planet as the average about that age.

When stabilizing a locale biosphere as in a greenhouse or a winter garden we need to consider where we get the energy to do this but it also matters where we got the seeds, how we allow pollination and which crops we decide to work with. The important thing is everything must be as machinery mechanics as possible to ensure that “things” are always running. Some electronics will still be required and I will be coding a lot of stuff as well as creating both firmware chips and custom parts to be describe later but I am tired and I’ll just buzz a few headlines to finish up the post and publish.

These are a few things I would have loved to bring to the table but this will have to be in a later post. Ventilation. Pollination. Mossarium. Hydroponics. Aeroponics. Fertilizer and micro bionics. And cake…sometimes made from chocolate. I bring the best cakes to the table <3 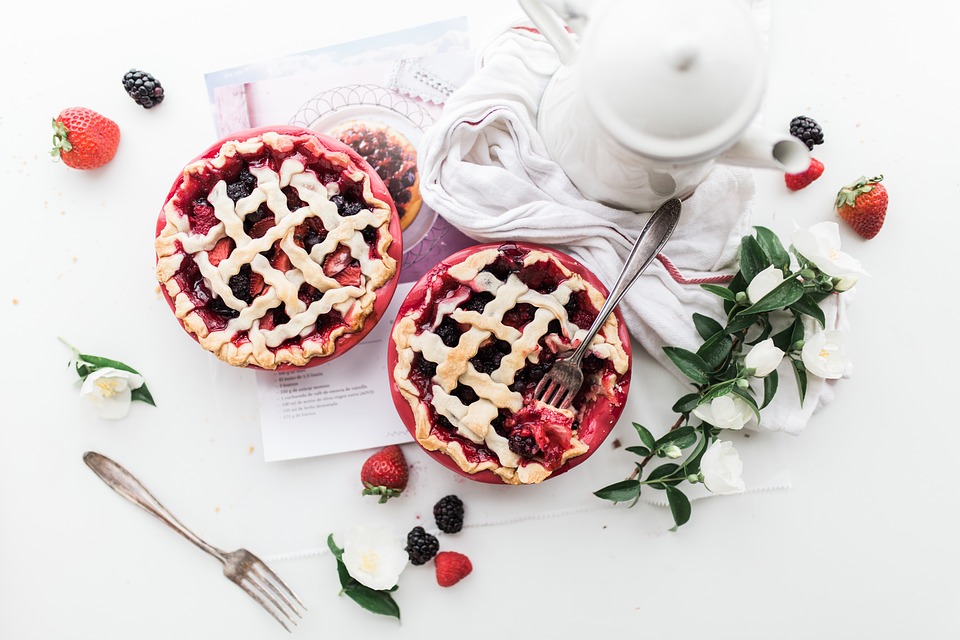 To begin with my focus will be to create a biosphere in a big transparent plastic container for growing a great number of layers of super foods, mosses, mushrooms and sprouts. I will go into the technical details as well as sharing usable packages for you to utilize in your own home or greenhouse when I am further along.

Arduino is microcontroller board, while Raspberry Pi is a microprocessor based mini computer. Raspberry Pi has all features of a computer with a processor, memory, storage, graphics driver, connectors on the board as such a Raspberry Pi needs a Linux operating system to run. 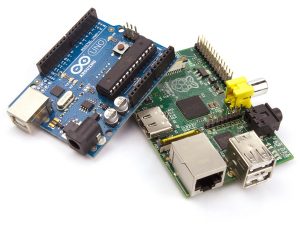 One of the great advantages of the Arduino is that it runs on amazing 5V. That is an advantage as the hardware can run directly from a solar panel without the need of needy power adaption off your solar panel and energy storage unit. The tiny battery I am looking at for the project is 12V /1.3 amp which gives an output of 15.6 watt hours. This would not be enough to power the Raspberry Pi board during winter in northern Europe but just about enough for the Arduino board.. Because the Raspberry Pi runs Linux, it has access to many different programming languages such as Java, Ruby, JavaScript in Node or Python. Arduino is confined to Python, C++ and a few proprietary languages. I will really miss the flexibility of different languages but since I always wanted to develop something large in Python this might just be the perfect opportunity. The snippets developed in Python during my time as a programmer was always been limited to manipulation of fonts, files, pictures and date/time components etc. 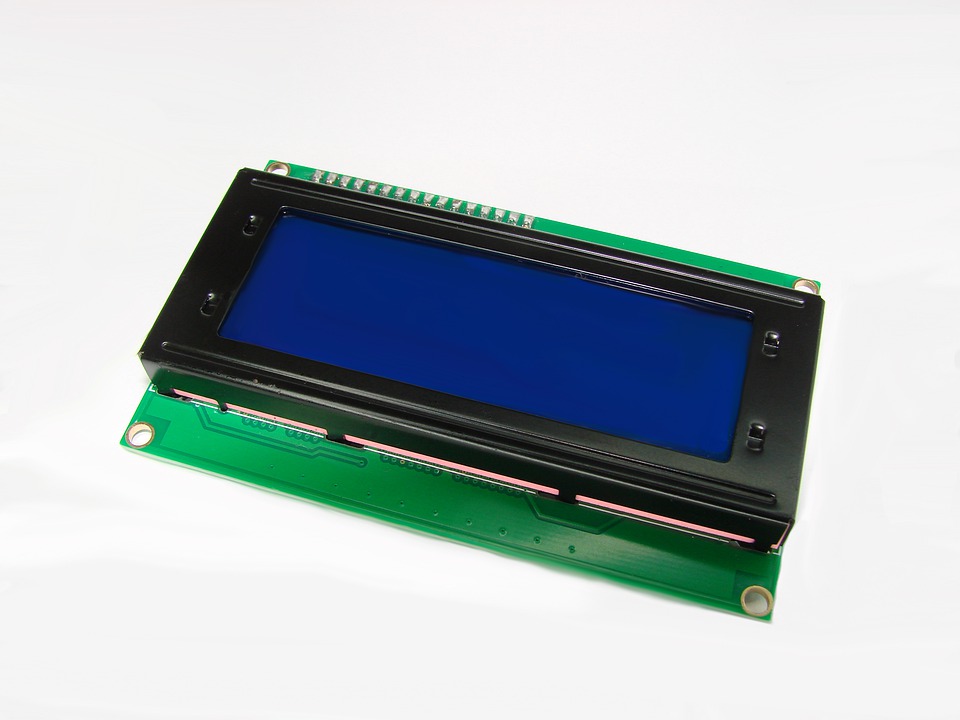 As such, or last night I ordered an Arduino board, a soldering iron and various components to create the necessary microchips along with downloading the emulator to begin programing the tools for measurement of environment values, vaporizers, fans and a high-end micro solar panel.